Welcome to Day 2 of the Romancing September Across The World Blog Tour. The question I put out to all of these authors was “What challenges do you face in writing romance in today’s society?”

Today my guest author is E. L. Lindley. A big thanks to E. L. for blogging with me today. Here is a little about E. L.  and her book Family Ties.

I think the romance genre is having a bit of a renaissance period at the moment, where romantic fiction is no longer considered less credible than other genres and it’s become an umbrella for many sub-genres within it. As both a reader and writer, I think this can only be a good thing but there are still lots of challenges facing writers of romantic fiction. Ironically, not least because of the way the genre has diversified and grown which in turn makes it much more difficult to find your niche. The potential romance audience is huge but it’s never going to be possible to please everybody. For example, the burgeoning popularity of erotica has had an impact on romance. Lots of readers now expect much more explicit bedroom action whilst there are many others who prefer stories that leave the more graphic intimacy to the reader’s imagination. Consequently, I write the kinds of books I’d want to read and hopefully there are lots of readers out there with similar taste.

My own preference is for stories that are character driven and another challenge I face is to create characters that are credible and relevant in today’s society. I feel a massive sense of responsibility to create strong, independent female characters that will empower women readers. Female friendship is very important to me and all of my novels feature a cast of supportive, sisterly women. If a woman is cast in a somewhat villainous role, I ensure that the reader can understand her motivations for acting badly. I hate the way women can so often be represented as ‘bitchy’ or manipulative for no other reason than they are female. As a society, I feel we need to be reinforcing as many positive images of women as possible. Having said that, I am equally as committed to creating men who are more than the traditional, stereotypical romantic hero and I hope my leading men are as believable as the women in my stories. If I don’t fall in love with my hero as I’m writing then I know something’s not right. My male characters are basically men who I want to go out with.

In keeping with relevant characters, I also try to include themes that modern women can relate to such as, adoption, family break-ups, commitment issues etc. I enjoy stories where the characters embark on an emotional journey that sees them end up a better person than when they started. After all isn’t that what life is all about, trying to be the best human beings that we possibly can? 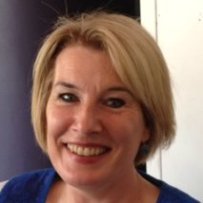 E.L. Lindley is an indie writer and general lover of books in all of their forms. She has written numerous contemporary novels, including the Georgie Connelly series as well as standalone novels. When she is not writing, she is devouring the works of other writers and is delighted by how indie publishing has thrown open the world of publishing. She sees it as a win win situation, allowing writers to publish their work, whilst providing readers with a richer and more varied choice.

Lindley has always loved writing but produced her first full length novel, Business As Usual, when she decided to move on from her career as an English teacher. She now supplements her writing by working on a free-lance basis. This also affords her time to travel and she has been fortunate enough to have travelled extensively throughout the world, using her experiences as a source of inspiration for her writing.

She currently resides in Sheffield in the UK but has lived and worked in many places including, London, Oxford, Southampton, Cheltenham and Brighton. She also studied for a couple of years at the University of Arlington in Texas and has consequently made many extended trips to the USA to visit and stay with friends. Her novels reflect this and tend to incorporate both sides of the Atlantic.

Lindley writes in a style which is both light-hearted and fun but with serious undertones, often tackling gritty subjects. In all of her novels, the characters reflect her belief in humanity and the fact that the human spirit will always prevail, regardless of the situation. Lindley’s primary goal is to entertain people but she is happy to take any response that she can get.

Beth Spencer’s world is torn apart when her mother dies, leaving her with no idea of who her family really is. Going through her mother’s possessions Beth finds a trail that leads her from her comfortable life, as a successful artist in Edinburgh; to a father she has never met in LA. As her father’s family welcome her into their life, Beth’s world is complicated even further by her feelings for her father’s stepson. Cal Anderson offers Beth the chance of a new life but can she find the courage to let go of her old one?
Family Ties is a novel about finding the courage to live the life that you’ve always hoped for.

Go over and check her out…

Here’s the link to Rosie’s part of the tour: