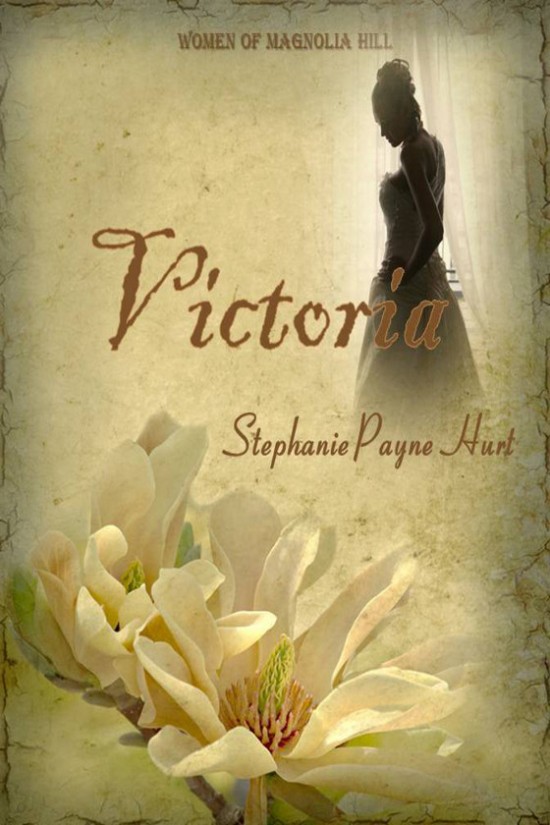 My latest book will be officially released on September 30th, but you can preorder it for $1 cheaper right now at these links:

The press release was also released yesterday at http://prlog.org/12211010

Here’s a little bit about Victoria:

“Victoria” is part of the “Women Of Magnolia Hill” Saga by Stephanie Payne Hurt. It starts before the Civil War and is based around Atlanta, Georgia. As the war talk escalates Miles Slaughter knows his daughter Victoria needs to find a husband. Victoria is not going to marry just anyone. Her heart is set on finding the love of her life. While Miles is in Boston on business he meets Zane Camden, a shipping company owner. He’s impressed with the young man.

When he brings him home to meet his daughter, sparks fly and her anger flares. Miles tries to gather support from his four sons, but they know their sister. Zane can’t believe how beautiful she is and her anger only makes his interest stronger. Will he be able to win her heart before war is declared?

This is a romance with suspense, family, and interesting characters.It’s hard not to fall in love with Victoria and her family. This is part one of the saga that will tell the stories of Magnolia Hill Plantation from before the Civil War and go through to present day. Find out through the books what happens to the Slaughter family and their descendents.

Stephanie Payne Hurt has been writing stories since she was a teenager, but only started publishing her work in 2012, 30 years later. The romance genre drew her in at an early age. Since 2012 she's published over 35 Romance novels/novellas. Stephanie is a busy lady. She's a Children's Minister, Accountant, wife and mother along with a blogger and writer, along with starting a publishing service called Horseshoe Publishing alongside her publisher. It's been an exciting ride and she looks forward to what the future holds for her writing. Currently she writes romance ranging from Christian, Contemporary, Suspense and Cowboy. Her work is available at many online retailers, on her website and in a bookstore in Zebulon, Georgia near her home. Come by and visit her at http://www.stephaniehurtauthor.com/ and subscribe to get updates and release dates, also her monthly newsletter! Don't forget to join her Street Team for all the new updates and to get free chapters of upcoming books and lots of other prizes.