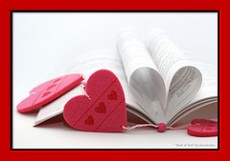 Welcome to Day 28 of the Romancing September Across The World Blog Tour. The question I put out to all of these authors was “What challenges do you face in writing romance in today’s society?”

Today my guest author is Alison Morton and I want to thank her for blogging with me today. Here is a little about Alison and her book Inceptio.

Romances are defined by a central love story and a happy or hopeful ever after ending. But the stereotype ‘sweet young thing’ waiting to be rescued doesn’t cut it these days. Readers of contemporary romance like a more independent worldly-wise heroine who earns a living and takes on responsibilities of her own. Heroes are no longer universally masterful super-beings who know everything and can do everything while she flutters her eyelashes.

Respecting the genre conventions is very important, but writing needs to be fresh and original to succeed in a competitive writing market. Today, we see many sub-genres: paranormal, historic, fantasy, sci-fi, mystery and suspense. A survey conducted by the Romance Writers of America in 2005 found that nearly 50% of readers liked a side order of mystery with their romances. This can range from dark and edgy to cozy and lighthearted.

A romantic relationship can develop gradually or be the legendary coup de foudre. It can be tentative or intense – that’s something that doesn’t change – but readers like to see both hero and heroine change and mature during the story.

A heroine or hero who realizes they are falling in love has two choices: to accept it and revel in it, or refuse it. This is the challenge today: people don’t have to get married or partnered.  They may not only be torn between so many other choices, but also struggling with pressures falling on them. They may think of sacrificing their potential emotional satisfaction for their career, their cause, to pursue education, new experiences such as living overseas or just for their own self-respect if they doubt their love interest is trustworthy.

This happens to my heroine who although in love with the hero cannot be with him because of his deception. But as she matures, she realizes she may have made the most colossal mistake of her life… 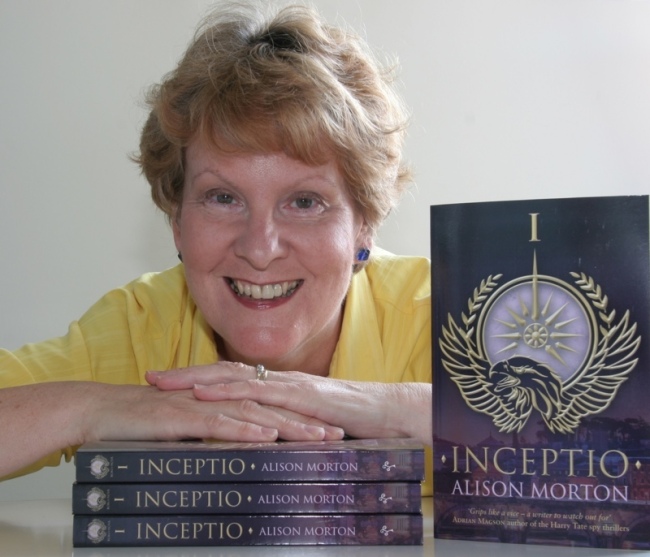 Alison Morton grew up in the United Kingdom. A historical fiction lover and ‘Roman nut’ since age 11, she has visited sites throughout Europe including the alma mater, Rome. But it was walking on the mosaics at Ampurias (Spain) that triggered her wondering what a Roman society would be like if run by women. Always enjoying well-written romantic suspense and thrillers with a twist, ‘what if’ alternate history fiction had particularly intrigued her.
So when she came to novel writing in reaction to a really dire film, alternate history thrillers featuring a strong female character in a Roman themed world weren’t so unlikely!
Before starting the Roma Nova thriller series, Alison published a history ebook, Military or Civilians? The curious anomaly of the German Women’s Auxiliary Services during the Second World War in March 2012. 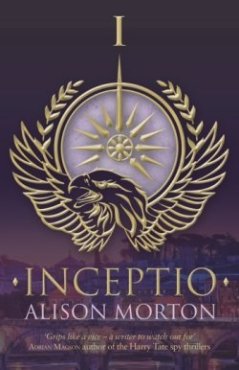 New York, present day, alternate reality. Karen Brown, angry and frightened after surviving a kidnap attempt, has a harsh choice – being eliminated by government enforcer Jeffery Renschman or fleeing to the mysterious Roma Nova, her dead mother’s homeland in Europe.

Founded sixteen centuries ago by Roman exiles and ruled by women, Roma Nova gives Karen safety and a ready-made family. But a shocking discovery about her new lover, the fascinating but arrogant special forces officer Conrad Tellus who rescued her in America, isolates her.

Renschman reaches into her new home and nearly kills her. Recovering, she is desperate to find out why he is hunting her so viciously. Unable to rely on anybody else, she undergoes intensive training, develops fighting skills and becomes an undercover cop. But crazy with bitterness at his past failures, Renschman sets a trap for her, knowing she has no choice but to spring it…

Go over and check out Alison and Inceptio…

Stephanie Payne Hurt has been writing stories since she was a teenager, but only started publishing her work in 2012, 30 years later. The romance genre drew her in at an early age. Since 2012 she's published over 35 Romance novels/novellas. Stephanie is a busy lady. She's a Children's Minister, Accountant, wife and mother along with a blogger and writer, along with starting a publishing service called Horseshoe Publishing alongside her publisher. It's been an exciting ride and she looks forward to what the future holds for her writing. Currently she writes romance ranging from Christian, Contemporary, Suspense and Cowboy. Her work is available at many online retailers, on her website and in a bookstore in Zebulon, Georgia near her home. Come by and visit her at http://www.stephaniehurtauthor.com/ and subscribe to get updates and release dates, also her monthly newsletter! Don't forget to join her Street Team for all the new updates and to get free chapters of upcoming books and lots of other prizes.