Well, another one of my books has turned two this week. Tender Flames turned two on Monday. Wow, time flies when you’re having a blast. I always knew that writing was fun and rewarding, but the last two years have really proven this as fact.

Tender Flames was a challenge to me. I pitted two brothers against one another and made it work. I cried and laughed while writing this one. But as with Ghost Lover it is under reconstruction. I’ve learned so much in the last two years and I want to make this book even better with new angles. Even the cover will be remade even though I dearly love the original, everything needs a face lift from time to time.

They walked hand in hand back to the party. They were both deep in thought. She was thinking about how her family would react and how Wes would. Zach knew his family would be happy, well almost his whole family. He knew it was mean of him to want to hurt his brother, but his brother was a fool for not snatching her up long ago.

They arrived back at the party.  Randy ran over, “Hey sis, everyone wondered where you two had wondered off to.  Judging by the look on your face I know what you were doing.” He grinned as he pulled his sisters hair.  She blushed.

Zach led her to the front of the dance floor.  He whistled for the music to stop.  Everyone turned to see what Zach had to say.  “I have some wonderful news.  I have asked Sara to be my wife, and she has accepted. We are to be wed before my leave is up.”  There was a stunned silence then everyone whooped and yelled.  There were a lot of handshakes and pats on the back for Zach and hugs for Sara.  Her parents were stunned at first, then relieved.  They had always hoped she would marry one of the Dawson boys.  The same went for his parents, they were thrilled.  His mother had even cried.

Wes walked up and leaned over Sara. He whispered in her ear. “I hope you know what you are doing?” He then gave her a hug that was tight enough to press the air from her lungs. The look he gave her was full of something she did not recognize.  She knew then that he cared more for her than she realized.  She was suddenly angry with him. It served him right. He should have let her know a long time ago. She did not plan on waiting on him the rest of her life.

He gave his brother a hug and said in his ear. “Brother, she had better not be pregnant. You had better make her happy.” He gave him a look that dared him to go against what he said. With that he had left with his girlfriend.

Zach had noticed his brother’s reaction too.  He was sorry for the hurt he had seen in his eyes, but he loved Sara.  He would make her a good husband.  Maybe one day she would learn to love him, but for now he was satisfied that she would be his wife. He knew deep down that there would always be a large part of her that belonged to Wes. He could live with that, he just hoped that she could.

He turned to her and gave her a big kiss, which brought a lot of whistling and applauding.  They danced together for the remainder of the evening.  Sara was still a little shocked by the show of emotions on Wes’ face.  She knew now that he loved her, but she had committed herself to his brother.  She would not back out now and hurt Zach.  In a way, she did love him, but she would never love him the way she did Wes.  She would make him a good wife.

This is from the original manuscript. Since the rewrite is already in process this scene will read differently but the emotion will be there. 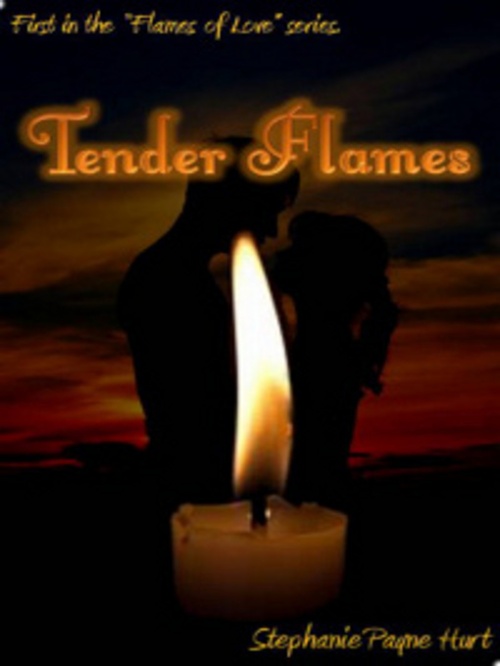 Stephanie Hurt lives in Georgia with her husband Tommy and their son Hunter, along with two dogs, Daisy and Jake. When Stephanie is not lost in one of the worlds that she creates, she's an accountant and children's minister. She has been writing the stories that fill her mind since she was a teenager. The moment a story comes into her mind, she's mesmerized and soon she's diving into the story with a cup of hot green tea and a notebook. Before long, the story has bones and is ready for the laptop. She happily types away in the early morning and at night. You can always find her with a notebook full of stories that have yet to come to life. Follow her journey in each of her over 40 published works! Stephanie Payne Hurt loves to hear from fans and hopes that she's helped them go to another world for at least a while! Connect with Author: Twitter: https://twitter.com/StephanieHurt4 Email: https://stephaniehurt4@gmail.com Website: www.stephaniehurtauthor.com Facebook: https://www.facebook.com/StephaniePayneHurt Sign up for my newsletter at www.stephaniehurtauthor.com to keep up with upcoming events and new releases. View all posts by stephaniehurt