Good morning everyone! I want to welcome you to the 2nd part of Day 2 of the 3rd Annual Romancing September Across the World Blog Tour. If you haven’t checked out Rosie’s post from earlier, then go by https://rosieamber.wordpress.com/ and get caught up.

Here’s the question I asked:

What has been the biggest inspiration for your writing?

Hmm a difficult question to answer. I think I would say ‘the Past’.

I don’t mean individual people – all those famous (or infamous) names we meet in history books, nor do I mean the events of the past –  the battles, the politics, the things those famous people did or did not do… The past is much more than this. For me, for you, for everyone the past is part of us because of the years that have gone by – yesterday, last year, last century and the ones before that. I don’t mean reincarnation or anything spiritual, but each and every one of us is connected to our ancestors who lived there in the past. We are connected to what has been through our grandmother and grandfather’s grandmothers and grandfathers.

One of my historical fiction novels is about the events that led to the Battle of Hastings in 1066. I know that my ancestors were alive in that year, I have no idea who they were, where they lived, what they did – whether they were directly involved or not… but I do know that at least two of them, a man and a woman, (or a boy and a girl) were alive then.

How do I know?

Because if they were not I would not be here today. My DNA is connected to their DNA and the past lives on through it, through us. 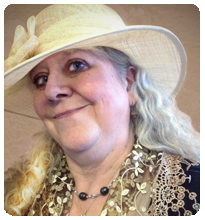 I have always loved reading – and writing. I wrote stories as a young teenager, never believing I would one day be a published author.
I just so love bringing my imagined characters alive – to me they are very, very real – especially my pirate, Jesamiah Acorne!

‘Helen Hollick has it all! She tells a great story, gets her history right and writes consistently readable books!’ (Bernard Cornwell)

My Lost Kingdom Series – I AM THE CHOSEN KING (HAROLD THE KING is the UK title of the same book) and its prequel, The FOREVER QUEEN (A HOLLOW CROWN is the UK title of the same book) tells the story of the twilight years of Anglo Saxon England before the Norman Conquest.
Stripping the Norman propaganda from what we think we know of that most famous date in English history – 1066 and the Battle of Hastings, my novels portray all the honour and dignity that history remembers of its fallen heroes.

I am also co-scriptwriter for the UK movie 1066 which is in development.

Helen’s featured book is “Sea Witch”. If you haven’t checked out the Helen’s book, then here’s a little about it and where to find it.

The Place : The Pirate Round – from the South African Coast to the sun drenched Islands of the Caribbean.

Escaping the bullying of his elder half-brother, from the age of fifteen Jesamiah Acorne has been a pirate with only two loves – his ship and his freedom. But his life is to change when he and his crewmates unsuccessfully attack a merchant ship off the coast of South Africa.

He is to meet Tiola Oldstagh an insignificant girl, or so he assumes – until she rescues him from a vicious attack, and almost certain death, by pirate hunters. And then he discovers what she really is; a healer, a midwife – and a white witch. Her name, an anagram of “all that is good.” Tiola and Jesamiah become lovers, but the wealthy Stefan van Overstratten, a Cape Town Dutchman, also wants Tiola as his wife and Jesamiah’s jealous brother, Phillipe Mereno, is determined to seek revenge for resentments of the past, a stolen ship and the insult of being cuckolded in his own home.

When the call of the sea and an opportunity to commandeer a beautiful ship – the Sea Witch – is put in Jesamiah’s path he must make a choice between his life as a pirate or his love for Tiola. He wants both, but Mereno and van Overstratten want him dead.

In trouble, imprisoned in the darkness and stench that is the lowest part of his brother’s ship, can Tiola with her gift of Craft, and the aid of his loyal crew, save him?

Using all her skills Tiola must conjure up a wind to rescue her lover, but first she must brave the darkness of the ocean depths and confront the supernatural being, Tethys, the Spirit of the Sea, an elemental who will stop at nothing to claim Jesamiah Acorne’s soul and bones as a trophy.

I hope you enjoyed it! Keep watching for more great authors all month and don’t forget to go by Rosie’s post at https://rosieamber.wordpress.com/… Let’s make it another awesome tour for 2015!