Good morning! We’re halfway to the weekend… So smile!

How many times have you bought a book based on the cover? Not the blurb… Not the author… Not the title… But the cover… Me, I love to look at covers. If a cover looks interesting I’ve been known to pick a book because the cover enticed me.

So, with that in mind, how much time do you spend on your cover design? Me, some of my covers have taken weeks to make just right. When I write a book, I have in mind what I want the cover to look like, of course, in reality, it’s hard to make it exactly like my vision, but we try.

The picture says it all, means so much. When I choose the photos, they have to be exact. I want the people to have the same traits as the ones in the book. I’ve been using bigstock.com for a long time, but recently, I added romancenovelcovers.com for the pictures that have models. it’s important to buy the pictures you use and have a license so that you don’t infringe on copyright laws.

The cover below took the longest to design and made my designer want to pull her hair out, but I had an idea and this totally went my way. This one took three pictures to make it happen, but it says it all.

Some of my covers have one picture and are simple, like this one. 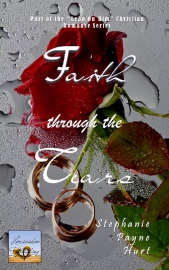 So, whether you use many pictures or one, make a statement that tells the reader, pick me up, I’m good. The cover is the first thing a reader sees and if you don’t catch their eye, you may not catch the reader.