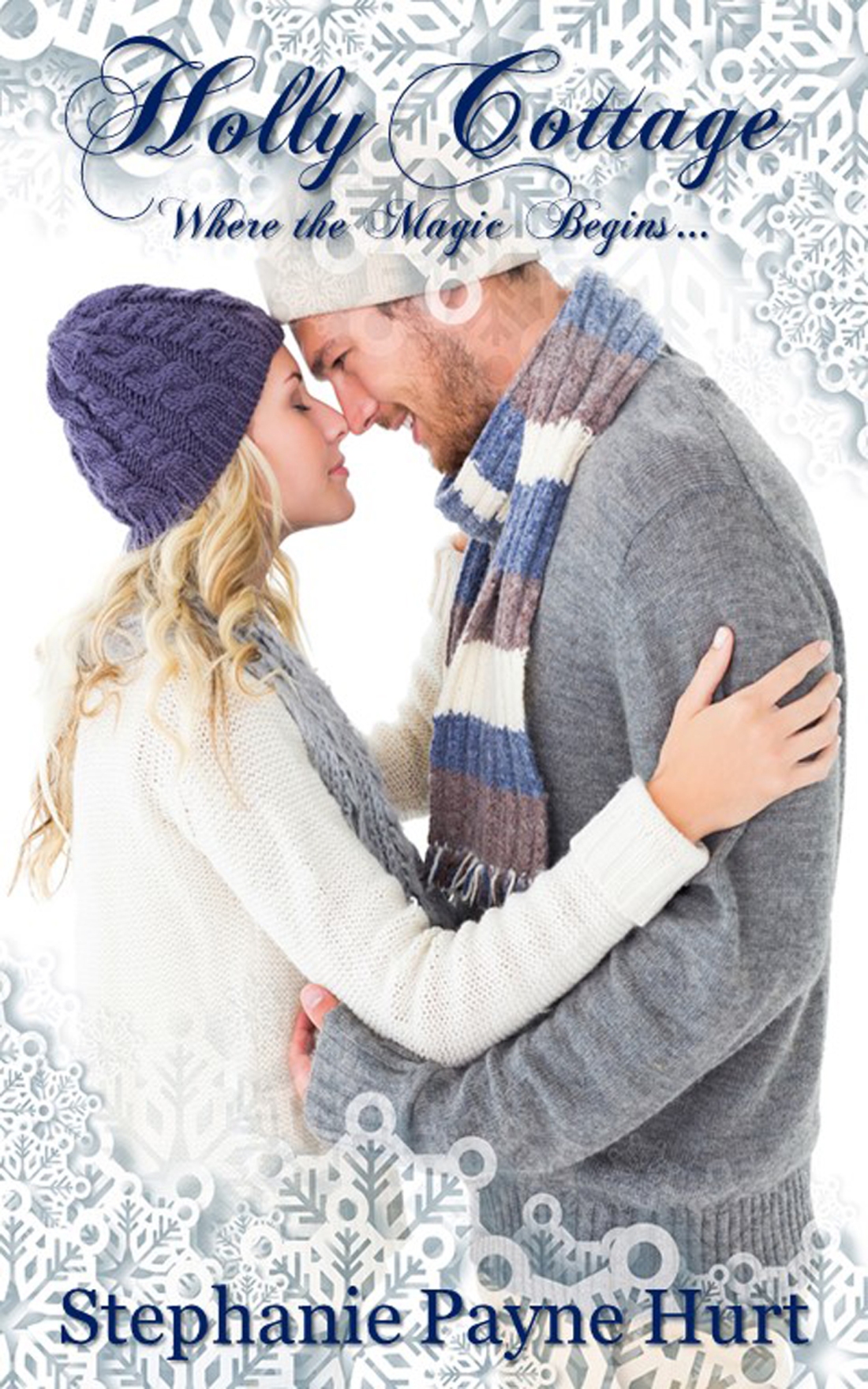 So, today is the day! Holly Cottage is almost here! If you love a heartwarming, Christmas Romance, then keep your eyes out for the coming release of Holly Cottage, Where the Magic Begins. This has been such a fun book to write and I can’t wait for all of you to get a chance to fall in love with it too!

There will be an excerpt coming in a couple of days when the release date is announced, but for today, you can take a look at the beautiful cover. I’m excited about this release. 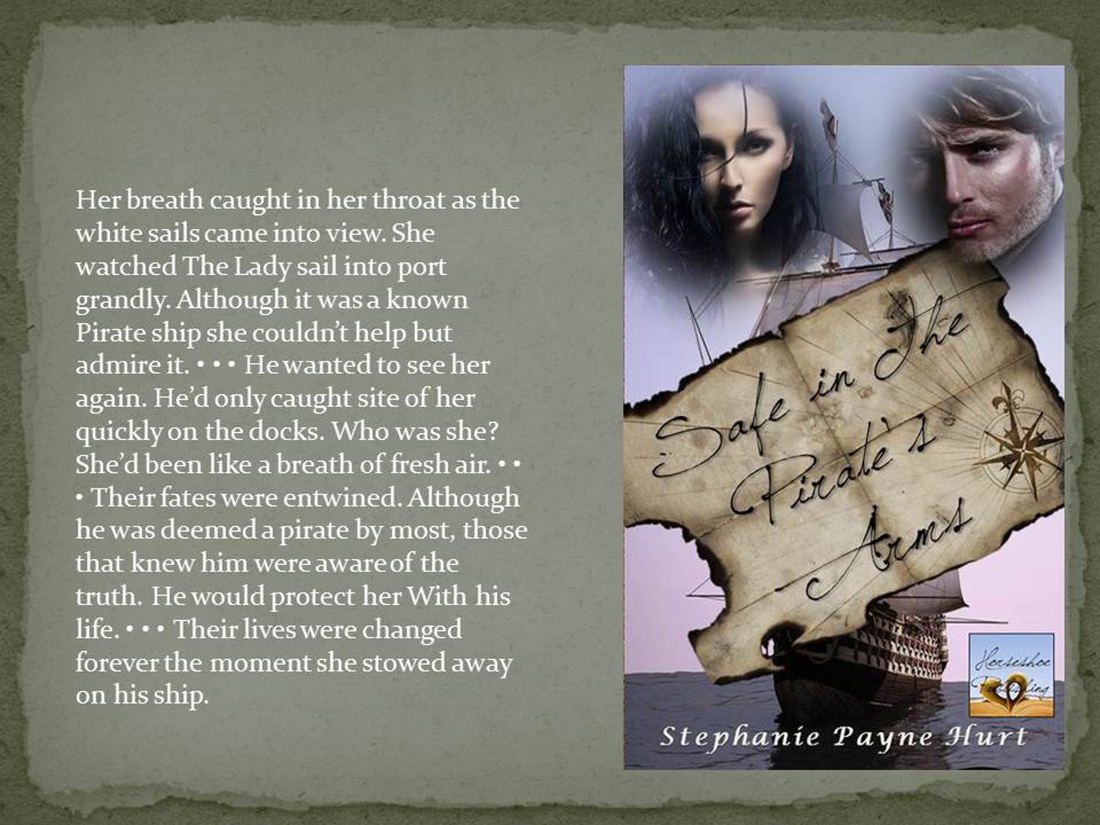 It’s Thursday and I feel the weekend coming. I’ve got to admit, I need the weekend to get here just a little sooner. My night consisted of sleep a little, then lie awake a while as my characters in my current WIP rattle on about what needs to happen in their story, and then a couple of new stories slip in and invade what little time I had left to sleep. Ah, the life of a writer, gotta love it.

So, today as I sit in my caffeine filled world, I’m thinking back to one of my favorite works. Safe in the Pirate’s Arms came out of my fascination with pirates. Every time I lost myself in this book, I could feel a sea breeze on my face and smell the salty sea air. The fun thing about getting lost in a story like this one is that for a moment I could be a pirate on a ship sailing the wide blue sea. It was amazing. Every once in a while I get lost in that story for just a moment.

Caleb looked down to check the progress of the men when he noticed the boys clothing was wet. Then he did a double take. That wasn’t a boy at all, but a woman. A chill ran down his spine as he realized they had a major problem. Tom saw Caleb’s expression and followed his gaze. He swore when he saw what Caleb did. Caleb motioned for him to take the wheel.

He quickly made his way to where the woman stood handing out rope. Luckily the men were so busy that they didn’t notice. He spun her around and their eyes collided. “You need to get to your quarters.” When she just stood there he looked down at her soaked clothing. “Now!” He barked.

She looked down and saw the problem. It only took her moments to cover herself and run to her cabin. Caleb was on her heels. The look in his eyes was murderous and she knew it wasn’t going to be good.

As she opened the door and turned to shut it, he stopped it with his hand and followed her in. Then he slammed the door, leaving them alone in the small cabin. He made the cabin seem even smaller.

“What in the world were thinking? A woman on a ship with a bunch of men is dangerous and foolish.” He ran his fingers through his wet hair in exasperation.

“I was desperate.” She said in a small feminine voice.

His head snapped up in recognition. Reaching out he snatched the hat off her head causing her dark hair to tumble down around her shoulders. He grunted with frustration.  “Serena!”

She looked up at him and blushed. He turned around and grabbed the blanket off the bed. “Cover yourself.” He was a good man, but even he had his limits. “Why’d you stow away on my ship?”

Suddenly she burst into tears and sat down on the little cot. “I didn’t have anywhere else to go.” She started to openly sob.

He’d never been really good with women’s emotions. He sat down on the cot beside her and lifted her chin to look up at him. “What happened?”

Hope you enjoyed this little tidbit and my adventure into my past work.

It’s Saturday, a day to relax and enjoy life. So, before we get to the easy-going weekend, let’s talk about rejection. Ouch!

Every author has to accept rejection. It’s part of the job. But, it’s not always that easy. Rejection is also good for us. Yes, I said that, but it is a good thing. Sometimes rejection is just what the doctor ordered.

So, let me jump right into the explanation. When a manuscript is rejected, it should make us look into it more. With each rejection I’ve received, it made me relook at my manuscript with different eyes. Sometimes I find things I didn’t see before.

Now, with that being said, rejection hurts, but I read an article a while back that told how many rejections some of the biggest authors out there have received. Even their bestsellers that went mega-platinum were rejected a time or two before they were snatched up. So, that should give us hope beyond the rejection.

Ok, so yesterday I was talking about moving some. It’s important, especially when you sit for most of the day. Since I’m an accountant for my day job and a writer, well, that involves a lot of sitting, which causes health issues.

I try to walk at least three to four days a week for 45 minutes or more each time. And recently I set a timer to remind me to get up every hour and move! Yeah, I struggle with this one, especially if I’m in the middle of complex figures or a storyline that is filling my world at the moment. But, I’ve made it my goal to get between 8,000 and 10,000 steps a day. I use the health app on my phone to keep up with my steps. Since my mailbox is at the end of my steep driveway, I walk it several times a day.

Since I’ve started focusing on my moving, I’ve noticed reduced pain in my legs and I’m feeling more energized. Not to mention the health benefits and weight too. For many writers, this is a struggle, but with a little focus, you too can get moving.

Oh, and while I exercise and walk, I work through plots and scenes. It’s amazing how a brisk walk can remove writer’s block completely. Try it, you might be surprised. So, get moving and make a healthier you…

It’s Thursday, but it feels like Monday! Some days I wake up and just want to go back to bed, cover my head and sleep. Today is one of those days. But guess what, I’ve got a business to run and way too much to do for all of that. So, I managed to drag myself out of bed early so I could meet my morning word count. Did I meet it? Well, let’s just say I’ll have a writing lunch…

So, what is your day like? Recently I had the pleasure of doing an interview with Southern Writer’s Magazine, which will come out soon. It was eye-opening as I wrote out my answers to the interview questions. I realized that every day I manage somehow to schedule in some stress-relieving words. You may be saying, didn’t you already know that? Some days I think I don’t get enough time to write, but then others I get more than enough.

Yesterday I caught myself daydreaming about a character that has filled my head lately. Before I knew what I was doing, I was filling up stick it notes with character traits. Thank goodness I was waiting on a file to download, or I would’ve gotten behind. Then, the rest of the day, my eyes would go to those notes, wanting to write the story. Well, hopefully, today I’ll get to put a little work in on it.

Life steps in, but writing is part of that life, so make some time to focus on your dreams. This life is short, so make the most of it. Don’t forget to get up and walk some, it’s good for you and many writers don’t realize this. But that’s for another post.

Good morning! So, after a 3 day weekend away, I’m ready for this day. Ok, so it’s Monday and I’m working on my second cup of coffee, but I’m ready. As I’m sitting here, getting my promotional posts scheduled, I have to think about how Monday is always hard. But why?

Monday is just another day of the week, right? Wrong. So, why is it that you always feel exhausted on Monday? Shouldn’t you be rested from sleeping in over the weekend? Well, that’s not the case. Actually, you get your body off kilter when you go off schedule. That’s crazy, right? But, studies show that if you go off your sleeping schedule, then you tend to be tired and cranky. So, that makes Monday’s seem like doomsday.

Now that I’m over my rambling, let me give you a little snippet from my upcoming release of “Promises Kept”, the last book in the Sky Ridge series.

Darkness took over his mind and he slept. The nightmares stopped for a moment, then came rushing back in. Nash could see Joy being pulled under the wagon by the swift water. Reaching out, he tried to grab her, but she slipped beyond his reach. It was as though he was tied to the seat and couldn’t get to her. He fought the ropes but they only tightened as he fought. His wrists burned as he struggled to get to Joy, but she disappeared under the raging water. Nash could feel the tears streaming down his cheeks as he watched the water swallow her up.

So, as always, good writing and May God Bless You… 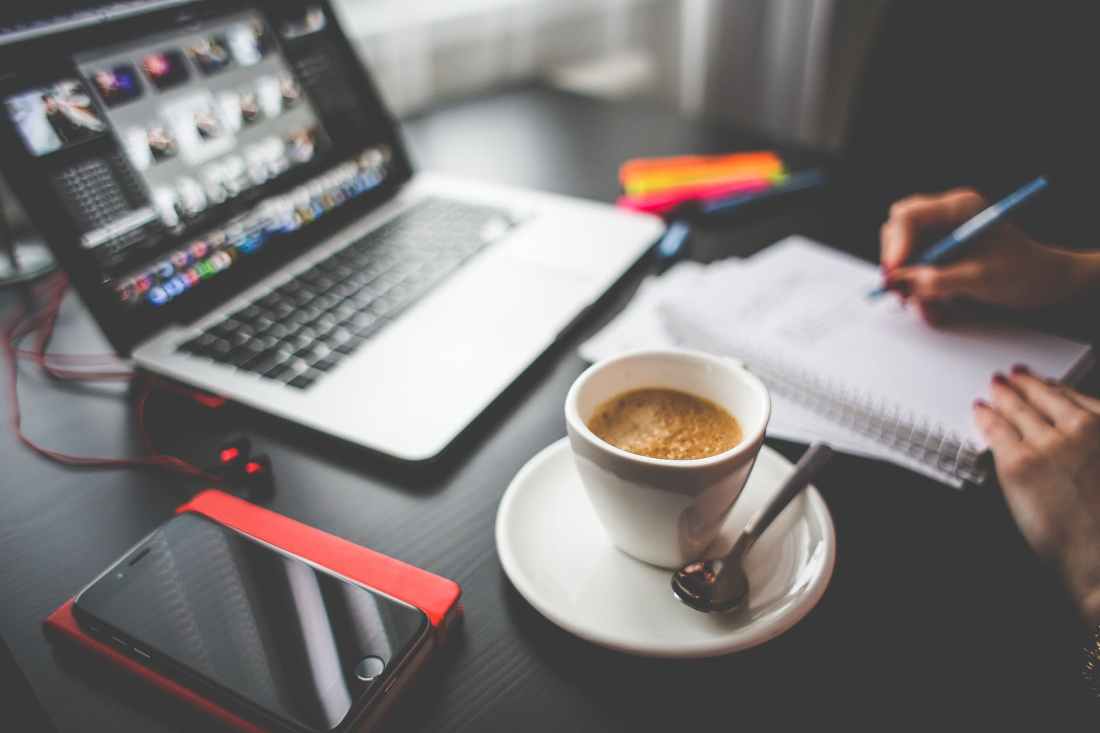 Photo by Pixabay on Pexels.com

Good morning! I do hope all of you had a great 3 day weekend. As for me, we did. I was able to get some cabinets cleaned out, tossed some old stuff and organized. Ummmm, that’s not what I had planned, yeah, well…

As writers, we often lose focus of what we need to do. For instance, this morning I had planned on getting in my word count, then working on promotions and social media. But, as it is the Monday for the week, my brain wouldn’t function. I lost focus.

So, my plan is this, to regain my focus. I need to finish my manuscripts that are hanging there, waiting for the words ‘The End’, and move forward with the planned releases coming up. But, how do I do that?

For me, the problem is social media addiction. Yes, I said it, addiction. The first thing I do when I grab my coffee is scan through, planning to just make a quick glimpse. Yeah, right! I end up reading posts, looking at more posts, commenting, etc. Then an hour later, I’m sitting here trying to power through my word count before I head to the office.

Today I plan to focus on the task at hand, well after my morning loss of focus. So, how many of you lose focus on priorities?

As always, good writing and May God bless you…