I’m in a whirling dervish and can’t seem to stop it. Well it started like this. I had 12 different manuscripts started. A little over ambitious I know, but sometimes an idea comes to me in the middle of the night and I just have to write it down. Well it goes down hill from there, but I usually have a couple of chapters written before I know it. Then another manuscript catches my brain and I go back to it.

I had an idea for a Christmas novel. It kept poking me in the brain begging for release. I had to let it out. What else could I do? Well I put the others aside and started that one. I promised the others I’d return real soon. Well, then I decided that the 2nd book in the “Flames of Love” series would be a New Year’s book also. Thank goodness that one was already in the works.

As I worked on “The Winner Is Love” which is the Christmas novel, it occurred to me that these characters could not just go away at Christmas. Yep, here we go again, there will be a part two. My brain has it in for me. It is determined to make me insane. I’ve got only a couple of modifications on this one and it will go out this week. Maybe I need one of those gadgets that you speak into and it types what you say. But the catch would be to talk to one computer and type on the other. Boy that would turn out terrible wouldn’t it. My brain can only really do one thing at a time. Never could chew gum and walk, sad but true.

As always, good writing, stay sane, and May God Bless you… 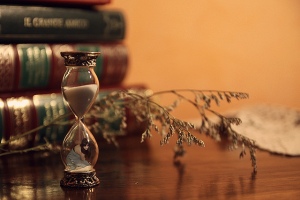