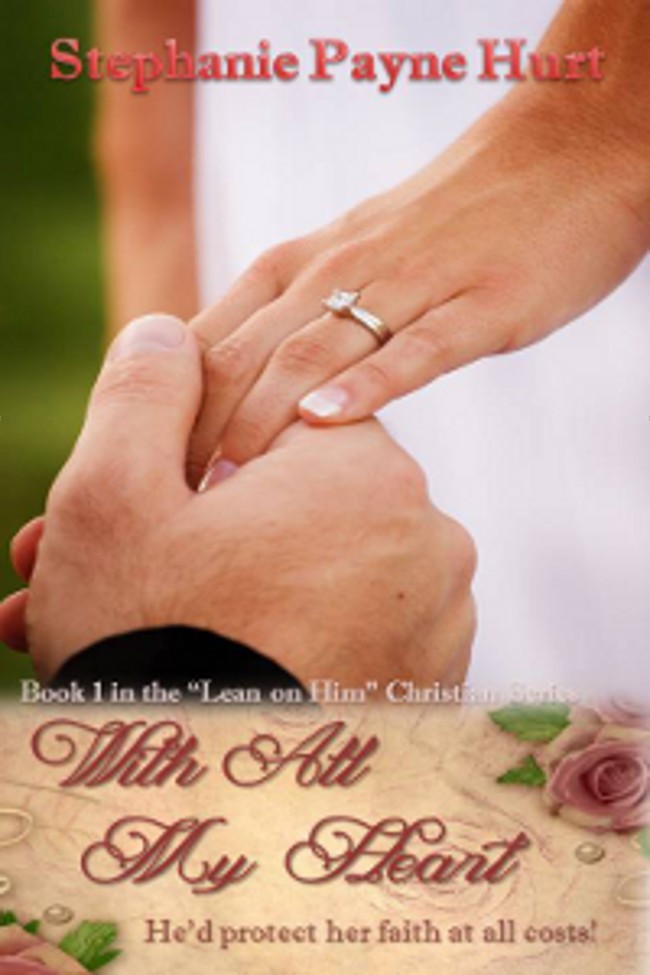 Yep, I threw one in on you this weekend. It’s amazing when the inspiration hits and you just go with it. I’ve been wanting to revise With All My Heart and it just hit me Friday and bam there it was. So I started reading and revising.

If you’re a fan of the Lean On Him series then you’ll enjoy this revision. I changed the writing some and added a couple of new lines to change some of the scenes. As you notice in the above picture, the cover changed also. I’m excited about the changes and can’t wait to finish the revision of Ghost Lover and Tender Flame. I think these are the only two that will be revised in the near future.

For those waiting on Emma Rose, yes she’s coming along really well and will be out soon. Also Safe In The Pirate’s Arms will also be out this summer. Writing historical romance is really fun since I love history. But don’t worry, I’ll be back to my cowboys really soon. You know me and my cowboys, I have to slip them in.

Audible.com has honored me with 25 free audible book coupons for “With All My Heart” and “Moonbeam & Roses”. So here is how this works. The first 25 that message me for each book at stephaniehurt4@gmail.com will get a code to get the free audio book. Please state which book you are entering for. I will announce the winners as soon as all spots are gone. So watch your email and good luck.

So, don’t delay. The spots will go fast. Don’t forget it’s free, so why not.

Tender Flames was one of my first attempts at publishing and I’m proud of the results, but I feel like I need to listen to my readers. I’ve had several great reviews on this book but I’ve also had some good,but enlightening reviews. Some of the readers made suggestions that they thought would make this a novel to be reckoned with. So, I’m planning on doing a revision and then packing it with the second in the series “Rekindled Flames” which is doing great. I plan to sell the both together in a package deal.

Then there’s With All My Heart which is my Christian romance. I’ve had some great reviews on this one. So many have said they wished it was longer, well that good come to reality. As the release of the second book in this series is coming soon, I also plan to release the lengthened edition with the new book. The new book will also be released separately.